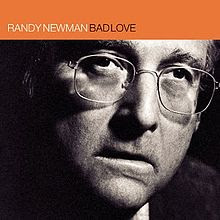 There were natives there called Guanches
Guanches by the score
Bullets, disease, the Portuguese, and they weren't there anymore
Now they're gone, they're gone, they're really gone
You've never seen anyone so gone
They're a picture in a museum
Some lines written in a book
But you won't find a live one no matter where you look

Columbus sailed for India
Found Salvador instead
He shook hands with some Indians and soon they all were dead
They got TB and typhoid and athlete's foot
Diphtheria and the flu
Excuse me great nations coming through!